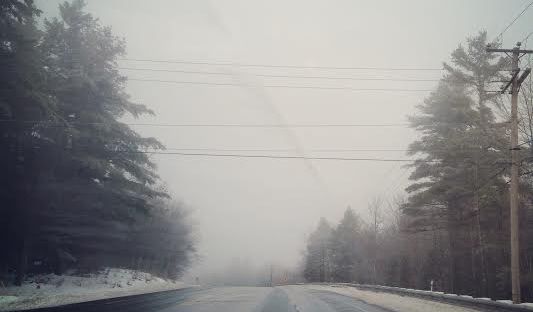 Merriam-Webster’s dictionary defines truth as “the real facts about something.” Although this is a good jumping off point, I think that the word itself requires a stronger set of parameters. I don’t know that I could come up with adequate terminology at the moment, but I know that the way people think of truth today is very different from what the word is intended to mean, even according to Merriam-Webster.

I’m sorry, what? Our own reality? That makes, quite literally, everything subjective. “Yeah, your sky is blue but I call that orange. The sky is orange. That’s my reality.” How can we find this acceptable? You’re thinking that this sounds like an exaggeration and that nobody would say something so foolish. But you’re wrong. If people can live in their ‘own reality’ regarding what is good and bad, right and wrong, true for them or not true for them, then who is to say where the bounds of their reality are, and where a common reality begins? Could there even be a common reality? Not if my personal reality doesn’t permit it. The sky is orange, dammit.

The next step is the scary part (if this hasn’t frightened you enough already – and man it really should have!) If each one of us can determine our own truth, our own reality, if everything is subjective and nothing objective – then we leave no room (0%, none, nada) for a social contract, for laws, rules, regulations, responsibility, consequences, rewards, punishments, or a common ethic or morality. I know, who wants a common morality? No one, apparently. But without being able to agree on certain ethical principles, everything goes. Stealing? In my reality that’s no big deal. Treason? My only allegiance is to myself. Murder? Well, let’s be honest, in my reality you never existed in the first place.

For anyone not following, those are rhetorical, but oh so serious. Without living in a common reality, we cannot be expected to use the same rules of engagement when dealing with other human beings. You  can’t have it both ways. If you don’t want to be killed in your sleep, inconsequentially, or if you want the person who stole your BMW to get their ‘obligatory’ slap on the wrist, you cannot have your own reality. It doesn’t work. If you can’t have your own reality – if we all share a common reality – then there many many things which will be objective, and not subjective in the slightest. You can’t have your own truth, you’ve got to share with others. Because subjectivity and relativism just won’t work, just couldn’t, that means that there are a great deal of truths which are black and white for everyone. You don’t get to pick and choose.

So stop pretending you live in your own personal wonderland. Get your head out of your ass. Breathe the air that surrounds us in our blue sky, and recognize that truth isn’t just yours – truth is objective, and although sometimes obscured, it’s always there to be found.