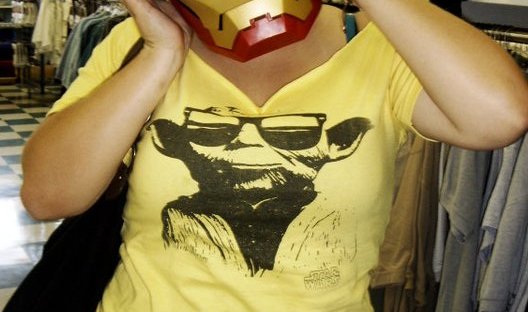 Everyone at some point in their life is asked what their most embarrassing story is. If you haven’t been asked this yet, it’s coming. Many people blush or shudder at the question. Personally, I have trouble thinking of a suitable story. That’s not because I’ve never had something embarrassing happen to me, but more because I rarely feel embarrassed about those things. I’m a world class klutz. I put my foot in my mouth all the time. I make a fool of myself on an almost daily basis. But I have so much trouble actually thinking of something I’m embarrassed about. Even when I do come up with something, it’s usually not funny to the people hearing it.

If you asked my siblings and close friends what my most embarrassing moment was, they’d probably tell you the story of the pumpkin pie incident. I was in college. I was sharing an apartment with my sisters who were also in college. We had a real blast. There were always parties going on – most of which I didn’t find out about until last minute – and there were always lots of people around. At some point, probably in October, we decided to throw a Fall Party. It wasn’t meant to be crazy, but we were going to make burgers and drink beer and carve pumpkins and maybe watch a movie, and just be chill. So we invited some people and baked some pies and whipped together some home made burgers. (I make excellent burgers, by the way. To die for.)

We were all standing out on the back patio by the pool, and I’d just cleaned up from most people having burgers, and I was coming around with a pumpkin pie, asking if anybody wanted some. I’d just stepped through the glass door and was on the porch, when I realized I’d forgotten to bring a serving utensil to hand out the pie. So I turned to go back in. WUMP was all that was heard, and then shrieking laughter, and then not-so-under-my-breath cursing. I’d walked into the sliding glass door and the pie had been catapulted up into my face and chest and just about everywhere else.

I was in shock! I stood there for a second in complete confusion. Confusion quickly turned to incredulity and rage, and I quite literally threw what remained of the pie onto the patio floor on top of the rest, which had slid disgracefully from my face. In humiliation I stepped around the door into the house and stood there fuming and laughing so hard I cried. I couldn’t breathe – I couldn’t figure out what had just happened! I’d only just stepped outside through the door and then turned around and BAM.

The way my sisters tell it, I’d just not been paying attention and I ran into the door with pie in my hands. Every guest at the party literally rolled on the ground for five minutes laughing til they had no breath.

What really  happened is that as I’d stepped out, someone had graciously closed the door behind me so as not to let out the AC, and I’d turned around expecting it to still be open, and the rest is history. But nobody tells it that way except me. My friends still bring up that story amid watery eyes and blatant guffaws every autumn. But that’s just the thing. I don’t really mind. It was an honest mistake which turned out fucking hilarious – what’s not to love about that story?

It’s just very different from what I personally remember as my most embarrassing moment.

I was five or six years old. My dad was going into town to run some errands, and he asked me if I wanted to go with him. I always wanted to go with him – I was a daddy’s girl from day one. He told me I had to ask my mother first. So I did. I’ve never been a mama’s girl, which may be why it ground my gears so much that she flat out said no. My dad and I bargained with her but she still said no. My dad had to leave pretty soon but finally we were able to strike a deal with my mom. She gave me 3 or 4 things I had to do if I wanted to go, and I had to do them soon. But I was angry that she was making me do these useless things just to spend some time with my dad, so I was being a little petulant. I knew my dad had to leave soon, so I started on my tasks, but I was dragging my feet. Even my dad was a little irritated by my stubbornness, and he told me he was going outside and he’d sit in the car for 2 minutes and if I wasn’t with him by then that he’d leave.

I thought he was bluffing. I didn’t take my time exactly but I didn’t rush either. I finally finished what I had to do and put my shoes on and I heard the car start, and begin to slowly pull out of the driveway. I could have run outside and I’ve no doubt at all that he’d have been pleased and let me in the car. But I was so angry that my mom had given me the list, and that my dad ‘wouldn’t care enough to wait another minute’ that I just stood there with my hand on the door handle, pissed off.

I could still hear the car, but I didn’t move. Finally, the turmoil and ridiculousness in my young brain subsided and I realized it didn’t matter, and it was worth it to be able to go with my dad. I yanked the door open and ran outside as fast as I could. My dad was just turning out of the driveway into the road. I could have run after him, but my pride was hurt that he’d left. I knew it was my own doing but I chose to think he just didn’t care. Even if I’d run after the car at that moment, he’d have stopped. But I didn’t. I just stood there and watched him drive away, and felt heartbroken and ridiculous and like kicking myself for the rest of time.