This week has passed like wildfire. When I say that, I mean this terribly slow week has been overcome with the smoke of a nearby wildfire, making it even more tediously long and tough to get through. I didn’t know wildfires were an issue in southwest Florida, but apparently when you have a dry season, they’re a problem.

Local schools have shut down while there is so much smoke and ash in the air, but our school has not. We can’t let the kids out for recess or PE so we have to supervise them twice as long. At dismissal teachers wait outside for parents to arrive and then call the kids from indoors quickly into their cars so as to minimize their exposure to all the smoke. But even the hallways reek of smoke and you can see ash out any window. It isn’t pleasant.

I guess it must eventually end, but the thousands of acres of burnt forests will be gone for good and the week drags on as if in mourning.

At least next week is holidays and we will not have to work – which I cannot wait for. It just means a lot of staying inside and deciding exertion instead of spending time in outdoor exercise or beach bumming. So much for the joys of living in Florida.

Hopefully too many people aren’t displaced or have their possessions ruined (she said as an afterthought …goodness I’m selfish.)

Aye well. I guess that’s that. 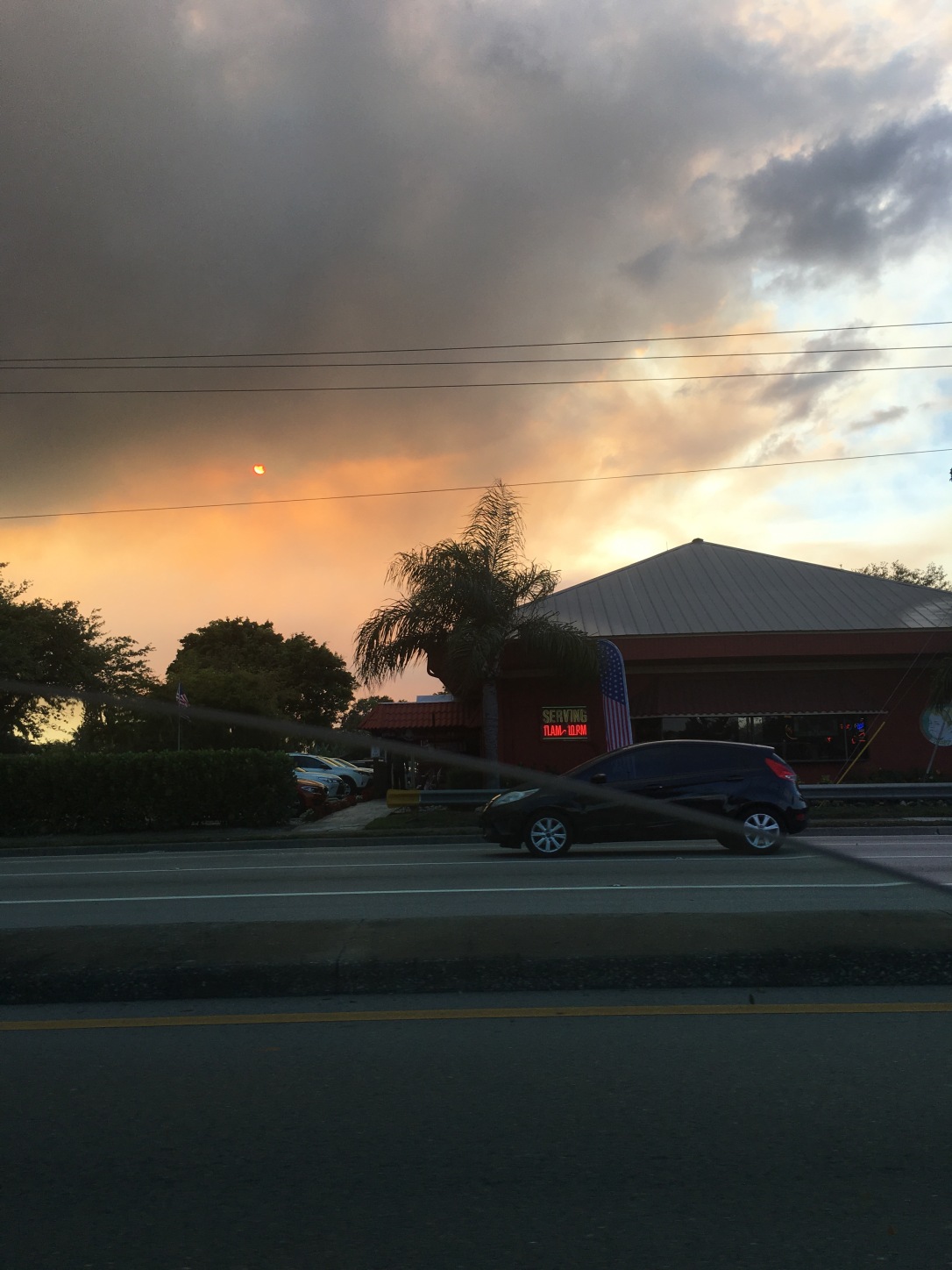