I’m aiming for the Aunty of the Year award for 2016. I already spoil the little goober past all recognition, but is that enough? His parents think not – they’ve asked me to do something I’ve never done.

I’ve babysat for decades. I mean that. Since I was about five I’ve been babysitting younger siblings and then younger children and then random strangers’ kids. Then I was a 2nd grade teacher, which is practically the same thing. (It barely even paid more.) But I’ve never babysat an infant for more than 24 hours without being able to turn him back over to his doting parents and go home to sleep it off.

But my sister and her husband are going on a mission trip to Jamaica next week, and they’ll be gone for ten days. TEN DAYS. (I’ve a suspicion this is the long lost honeymoon they never got…) And they’ve asked me to watch over their 6 month old. No big deal, right? I can totally do that…

I have to work most of the days they’re gone, so our dad, Grandpa, will have him for a few hours during the morning, but by noon I’ll be home to ‘sit’ him until bed time. I’m vaguely terrified – is this what motherhood is like, except with  no one to be ‘dad’? What shall I do if he cries and I can’t figure out why?!

Oh my God I just realized I’ll have a car seat in the back of my car for ten days. People already think I’m a mom when they see me with him, but the car seat will just seal the deal.

I’M NOT A MOM! And for very good reason – I’m going to be terrible that this!

Okay, maybe it won’t be horrible. I get baby snuggles whenever I want them. Unless Liam doesn’t want them. Then I’m shit outta luck. I’ll make sure he wants baby snuggles. Maybe I’ll teach him to swear or something. Flip the bird?

Only kidding, it’s not like he can talk. But he does occasionally flip the bird all on his own…

I’d say check back for updates on our combined sanity, but do moms even have the energy to write blogs posts after a few days of this stuff?!??

Calm down Tessa. This is no big deal. Noooo big deal. You’ll do fine. Okay. Okay. 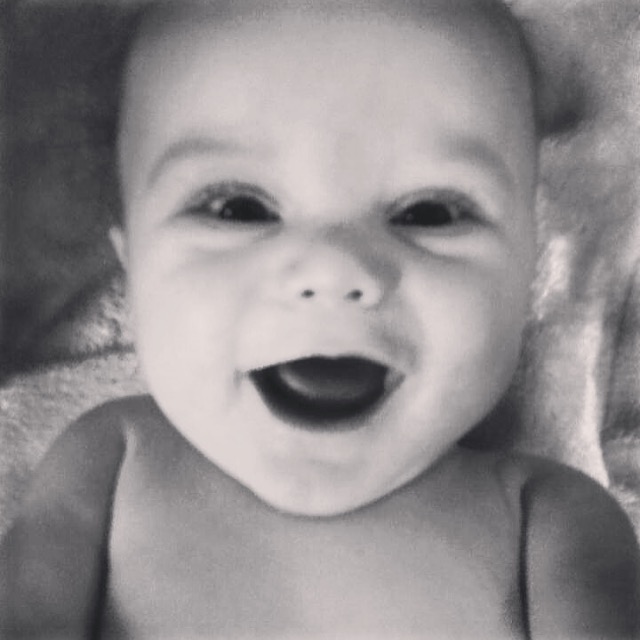 4 thoughts on “Aunty of the Year”