The first, and only, time I’ve ever been surfing was in the cold Atlantic of north-ish Ireland (not to be mistaken for Northern Ireland). It was a cold day in the summer of 2012, it was raining, it was freezing. It was one of the most exhilarating experiences of my life.

To start with, I absolutely love to travel, to see the world. I’d been in Ireland for about 2 weeks at the time, and was still getting used to everything – from the weather and the climate, to the people and the culture. As much as I love the place and would go back in a heartbeat, I still can’t say it was something I completely got used to. But that’s the joy of it, no? The excitement of being in a place you’re unfamiliar with, with people you just don’t know if you understand or not (and who most definitely don’t understand you!)

So despite the weather, surfing was magical. I’ve no sense of balance whatsoever, but in the hour and a half (or so) that we were out on the water, I managed a few good moments of standing properly atop my board, and allowing myself to be carried forward by strong dark waves. I still can’t believe that I’ve surfed, or even attempted to. The intensity of the moment when you actually get your balance right and you ride the wave all the way in before ungracefully tumbling off… there’s nothing like it. I’ve been meaning to go surfing here in the States since I’ve been back, but it’s never happened. I suspect there won’t ever be anything quite like that first time.

I guess for me, this surfing trip exemplified much of what my two months in Ireland that summer were to me. It was an unknown but beautiful force pulling me through strange and wonderful experiences. The icy water getting into my wetsuit, or the rain pouring all around, or the fact that I couldn’t see well because I didn’t yet have contacts and I couldn’t wear my glasses – none of this perturbed me in the slightest, because I was right where I needed to be, right when I needed it.

I’ve been stumbling down memory lane today, looking at photos and videos of the two summers I spent in Ireland, as well as my brief foray into Bosnia and Croatia, and there’s nothing I could want more than to go back and experience more, and to see much more distant parts of the world I’m in. It doesn’t help the Travel Itch that I’ve just located my passport which’s been missing for nearly six months! I need to be out there again. I need to be moving. 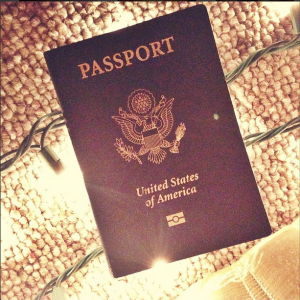